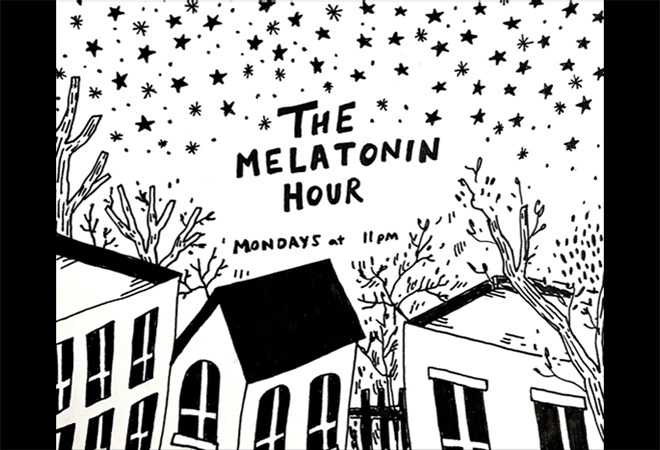 WHAT: The Melatonin Hour is built on one rule—start fast and loud, end slow and quiet. It started as a 1-2 AM radio show on WBOR Brunswick, 91.1 FM—I would begin the show by taking a melatonin gummy and trying to match the music to increasing sleepiness. The Melatonin Hour has since become earlier in the evening (thankfully), but the same premise remains—enrapturing the listener with power and energy in the beginning, then allowing each of the following songs to drift the listener into the sublime.

The show will feature music from many genres, particularly psychedelic rock, ambient, and jazz. Tune in early for bangers, later for bliss.